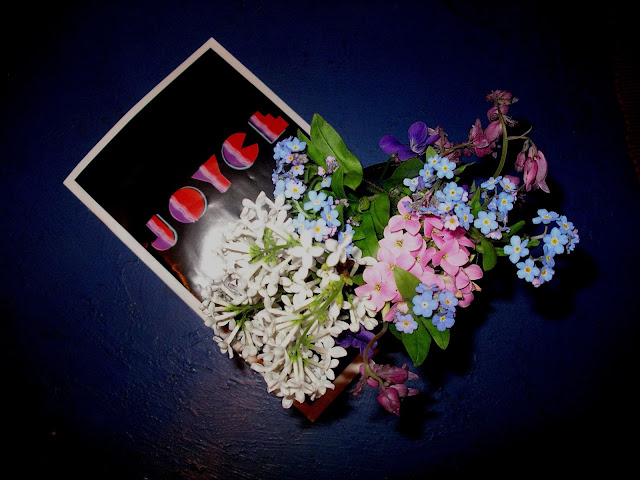 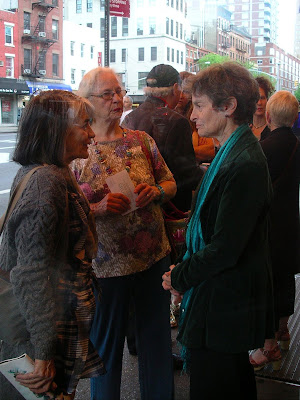 Before (above)
After (Below) 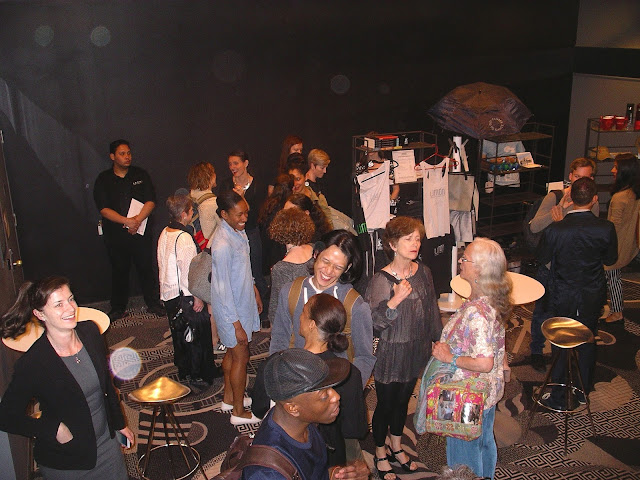 Jennifer Scanlon and I have been friends since 1970, and it was she who first introduced me to May Sarton, whose birthday is today, through gifts of her Journals, one at a time during my forties and fifties. "Journal of Solitude" was the first. "Few artists have articulated the dance between this 'divine discontent' and creative fulfillment more memorably than the poet, novelist, essayist, and diarist May Sarton (May 3, 1912–July 16, 1995). In her Journal of a Solitude, Sarton records and reflects on her interior life in the course of one year, her sixtieth, With remarkable candor and courage. Out of these twelve private months arises the eternity of the human experience with its varied universal capacities for astonishment and sorrow, hollowing despair and creative vitality."

A Sky of Many Moods all day and evening.
First dark, then light, generally warm and bright with windy intervals. 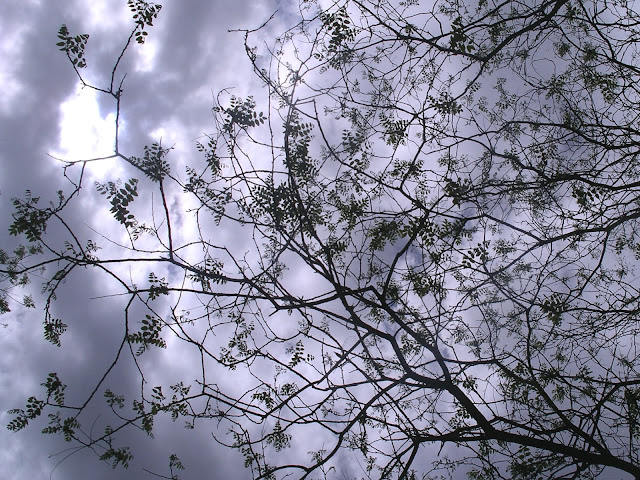 New Buildings are Sky thief's. They block light and impede the passage of air currents. This one has a super strange construction plan. The angled supports were designed to increase stability I think--don't they appear just the opposite?  It's alarming how fast these new monsters rise, and extremely loud construction noise is now our ambient background. For track two, add cars, ambulances and other siren wielders, and the occasional angry human screamers.
(23rd Street at Lexington Avenue) 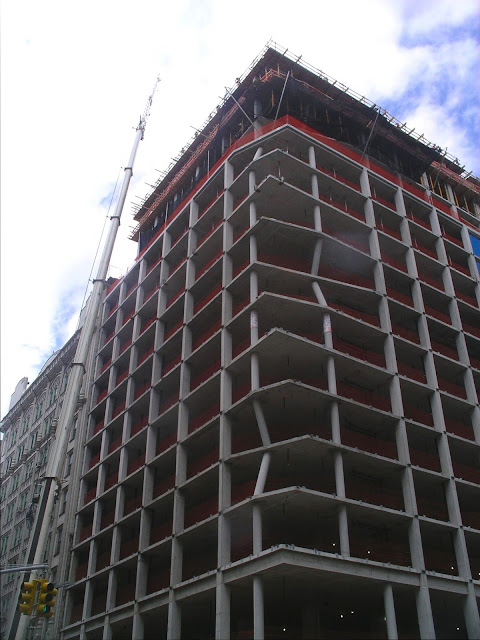 If you rise early, you can still hear the mourning doves calling to each other, seagulls, blackbirds, cardinals, blue jays and sometimes a song bird vagabond on it's way to Summer forests. If you're lucky-the White Throated Sparrow--"a handsome species that breeds in northern areas where spruce and fir trees abound. The song of the male is simple yet elegant. It is composed of clear, pure whistles. There is usually a noticeable pitch change at the beginning of each song (after the first or second note) and most songs end with two or three triplets—whistles that are composed of three obvious pulses. Individual males sing only one stereotyped song pattern, and neighboring males may sing noticeably different songs. The cadence of one common song pattern is revealed by two popular memory phrases: My Sweet, Canada, Canada, Canada and Old Sam Peabody, Peabody, Peabody."
(The video footage was gathered in the Adirondack Mountains of upstate New York. The setting was an open parkland dotted with patches of Balsam Fir and Black Spruce.)
https://youtu.be/sL_YJC1SjHE

Michelle, oh that birdsong and I love the distant response! Many moods is a good description of springtime in the Rockies. We had a snowstorm, 6-8", pre-May Day, a quick melt followed by thunderstorms last night, what seemed like all night long -- loud enough to wake us up. But it's rain now so that's good. xo