SOAKED THROUGH and THROUGH

The Saint, his fawn and avian companions, 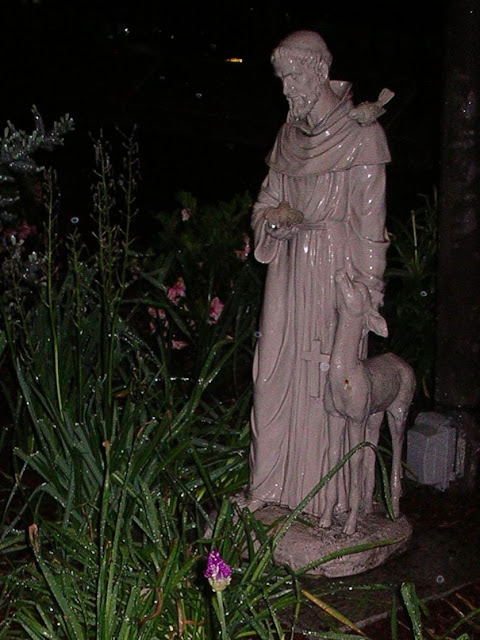 .
the blue Hydrangea and the fallen tulips too, 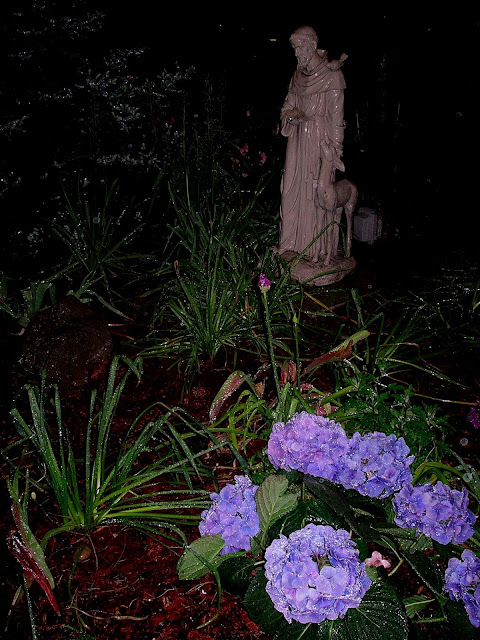 and drenched the blooming Laurel bush
which didn't seem to mind at all. 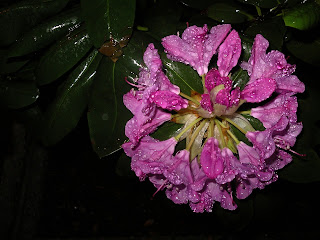 Home
Saturday night now, and the lilies are opening, one yellow and one orange, while Teddy, accompanied by his new friend 'Little Bear', admires them. The 'mothering' part of me bought this bouquet while stocking up with food at Trader Joe Friday just before the rain began as a way to honor all the nurturing beings who have 'mothered' me throughout my life from crisis to crisis and in the in between times. 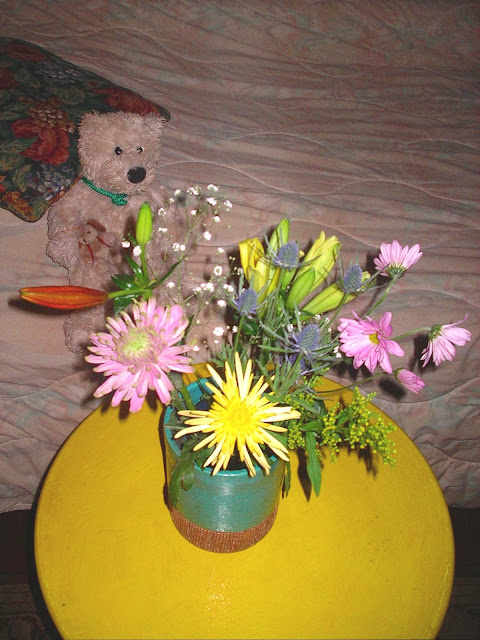 I imagine us all sitting down to a meal, telling old stories, confessing 'secrets', laughing and weeping, completely at ease in my ancient apartment. We sing "Sometimes I Feel Like a Motherless Child" together in an upbeat tempo with five part harmony. it was simply beautiful, though I can't repeat it, so here's Marian Anderson performing the traditional version.

Sunday the sun appeared until about
5PM 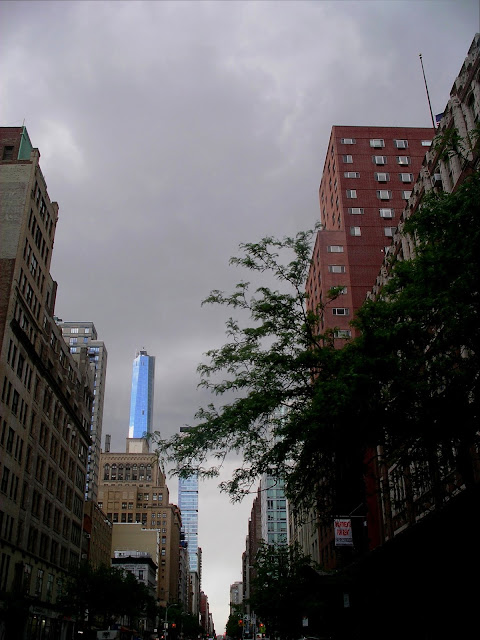 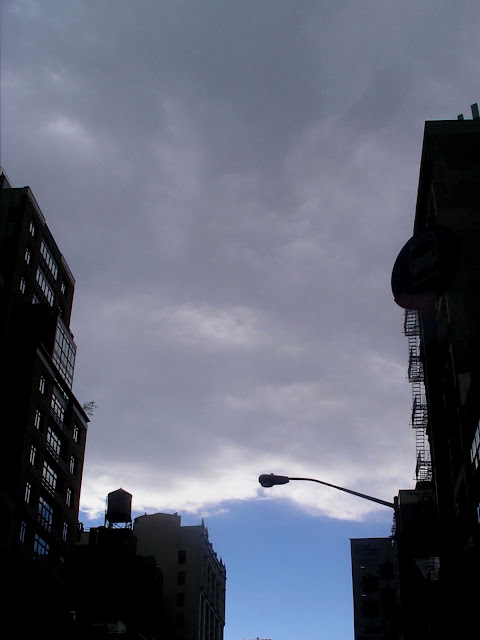 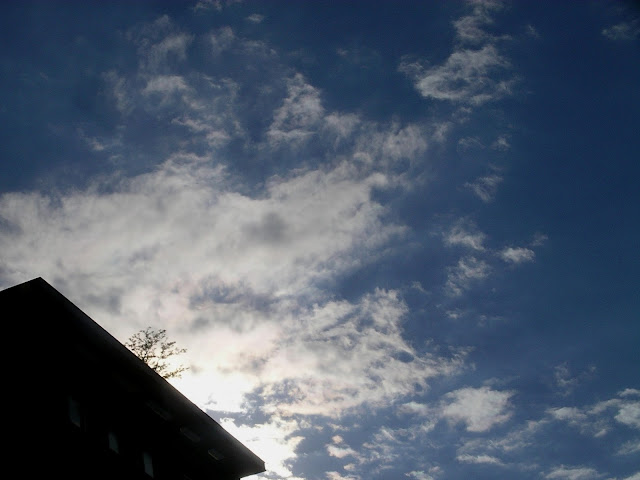 7PM
Sundown over the Hudson
9PM
Moon rise in the East
Temple incense burns and rises.
Sweet mingles with the scent of vegetables and pasta in a rich broth with ghee.
I serve myself in a two-hand-hold deep bowl with a spoon and fork nearby.
Channel 13 throws royal photographs and high talk out into the air.
Though I'm only glancing, I know King Georges uniform has gold braid,
I know there are sirens trailing off into the distance.
10PM
~*~

Email ThisBlogThis!Share to TwitterShare to FacebookShare to Pinterest
Labels: "Sometimes I Feel like a Motherless Child" sung by Marian Anderson, Hydrangea, Laurel, Saint Francis, Sunlight and Storm, the 'Honoring' bouquet

the magic of five part harmony & the memory of friends