Roaming the streets of this City in the dark I have always been fascinated by this building at 58 Rivington Street.
It used to be a Synagogue. 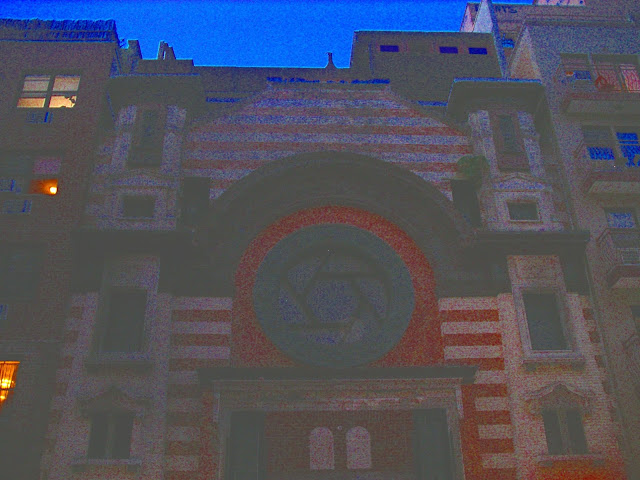 It's a private residence with a cabin on the roof
and a formidable entrance door. 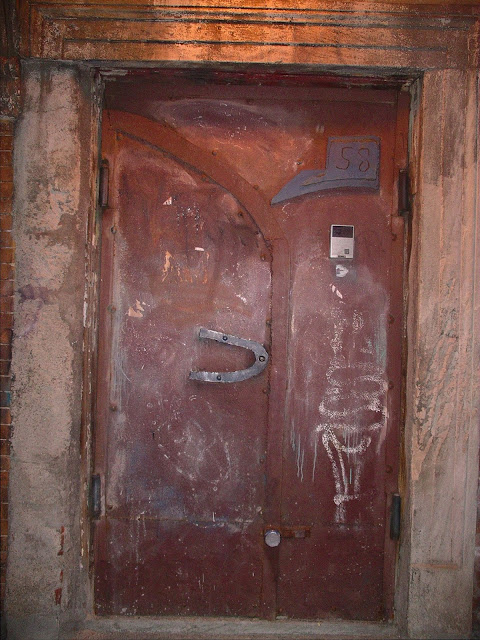 Hale Gurland was among the aspiring artists, bohemians, and hippies who crowded Soho in the 1970s. From the small room he rented on Wooster Street, the Jewish sculptor and painter ventured out one day in 1973 to buy a pair of cheap shoes. On his way, he noticed a derelict synagogue with a “For Sale” sign at 58-60 Rivington, at the corner of Elridge, a scene he described in a magazine interview a couple of years ago: “People were going inside the building because the doors were out, junkies were shooting up. I walked in, and the place looked like Dresden after the bombs.” 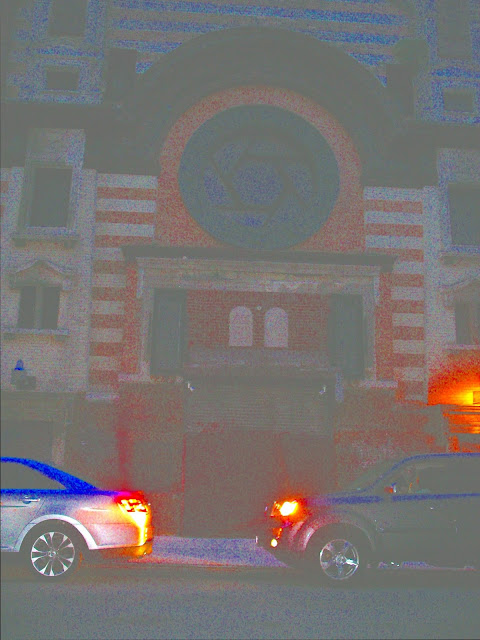 By 1979, the recognition he had gained from his metalwork and iron creations enabled him to buy the abandoned house of worship and turn it into studios and residences for local artists. He had the interior fully revamped, but chose to leave the building’s still-beautiful facade mostly intact. I've written to him in hopes he might let me see the inside (there are some photos in the links), but he has few references on line and may wish to remain private.
I doubt he will answer.
~*~
Speaking of Real Estate, while walking up towards Houston Street in a light drizzle I paused to shoot this shelter (without flash) and did not disturb the resident sleeping there. 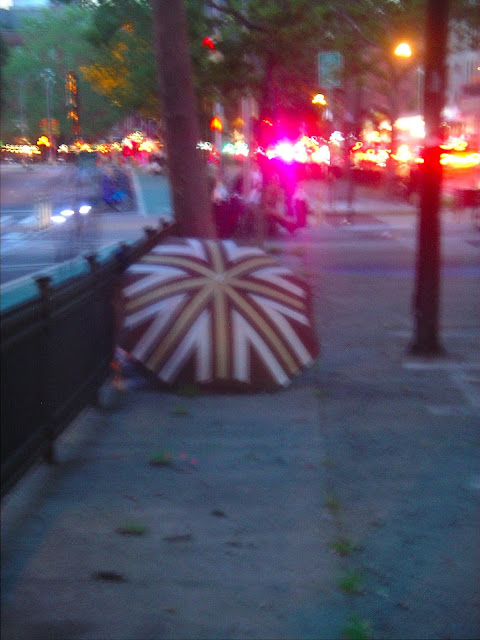 I think about homelessness and the rapaciousness of real-estate interests a whole lot. There's a special police unit that "offers" to take homeless folks off the street to shelters or hospitals and they also police the shelters, but the homeless folks I talk to (and you may have seen some on several of my posts) tell me the shelters are awful.

i hope you get an Invitation

there are so many homeless people wandering the world looking for a place to call home & still I dream of being a grey nomad in a few years when I am eligible for the Age Pension, moving each day, camping each night seeing stars under a big sky in the wild places & maybe someday a place to call home...