ONE DAY AT A TIME 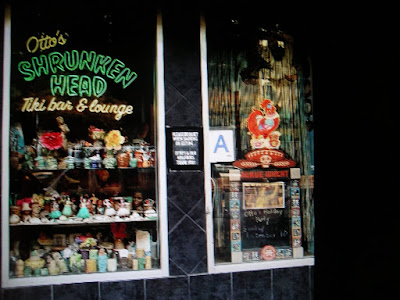 SUNDAY
May 6th
For the first time in more than a year, I made it to this monthly event and saw dear John Marcus Powell. 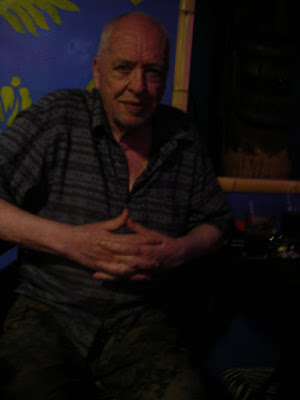 He read a wonderful piece about the closing of the Village Nursing home from his point of view as a close neighbor, with haunting imagery and featuring a character description that defies description.
Many other Open Mic readers were wonderful. I read "The first Cut is the Deepest" (see link)

Jean L. Kreiling is the author of two poetry collections, Arts & Letters & Love (2018) and The Truth in Dissonance (2014); her work appears widely in print and online journals and in anthologies. She is a past winner of the Able Muse Write Prize, the Great Lakes Commonwealth of Letters Sonnet Contest, two New England Poetry Club prizes, and the String Poet Prize, and she has been a six-time finalist for the Howard Nemerov Sonnet Award. In her day job, Kreiling is a Professor of Music at Bridgewater State University in Massachusetts. 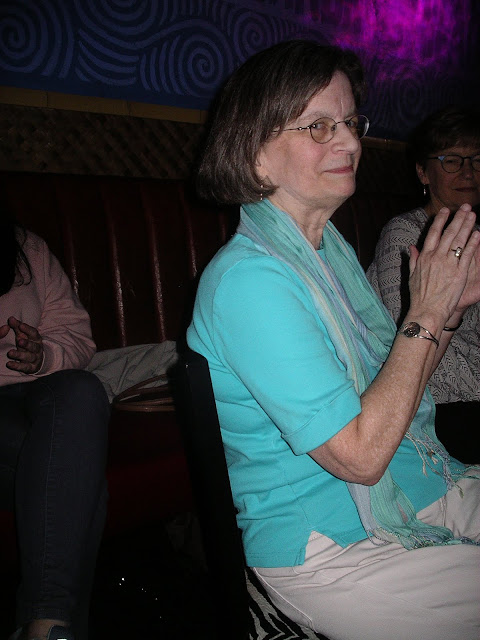 Emily Skillings is the author of Fort Not (The Song Cave, 2017), as well as two chapbooks, Backchannel (Poor Claudia) and Linnaeus: The 26 Sexual Practices of Plants (No, Dear/ Small Anchor Press). Her work has appeared in Poetry, Boston Review, BOMB, Brooklyn Rail, Harper's, and elsewhere. She is a member of the Belladonna* Collaborative, a feminist poetry collective, small press, and event series, and splits her time between Brooklyn and Hudson, New York. 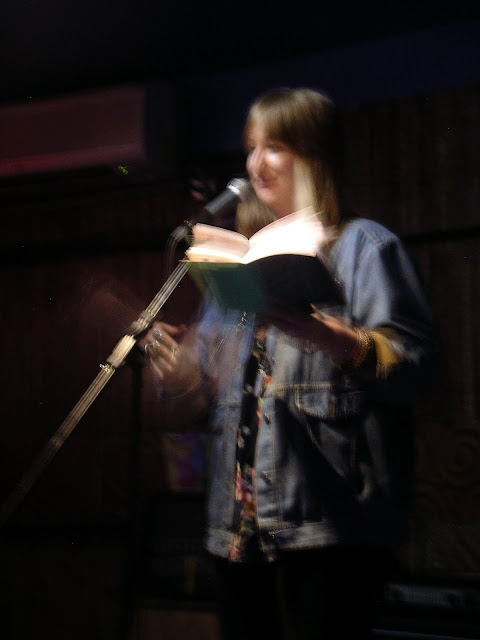 John Marcus posed again at my request, then we headed out to our separate bus stops. 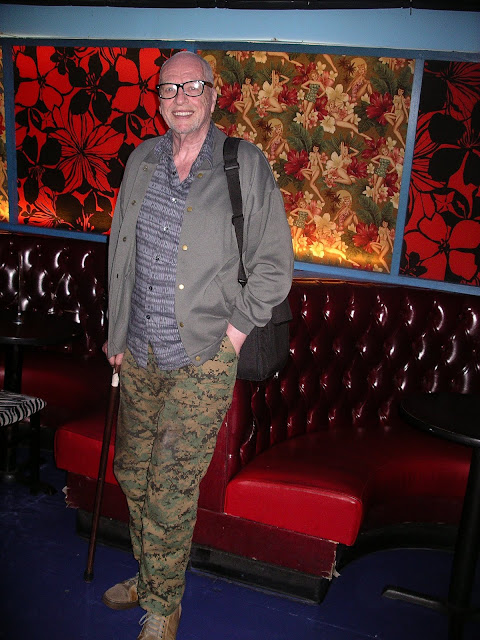 Not the 'Good Humor' truck of my childhood,
but the Kosher sign caught my eye. 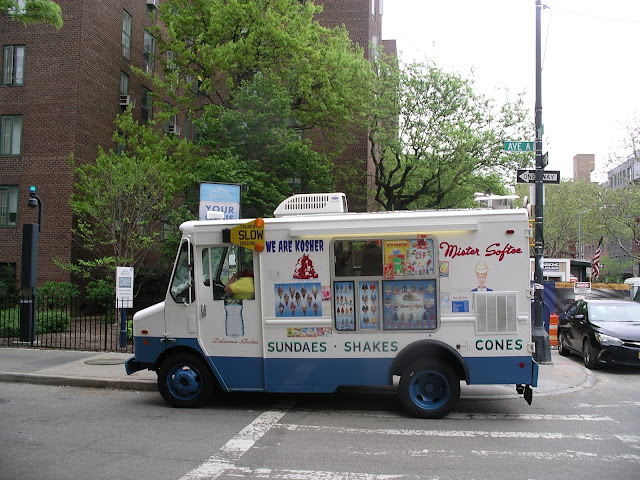 The Moving Pen
Monday
May 7th
I wrote a fifteen minute draft epilogue to "The first Cut" (see link) in response to a prompt requesting a scene from the interior of a car:

"Remembering riding in the old ford late at night after a shopping trip to Alexanders Department store with Mommy, in which she managed to spend hours that felt like days to purchase nothing. She liked to shop, in fact that was what she and her sister had been doing that infamous late afternoon of my birth, but on this Summer night in the late Fifties along the Taconic parkway (the prettier route), with trees whipping by, she was singing "Sometimes I wonder why I spend the lonely nights dreaming of a song..." A widow since 1953, her voice so true I could hear the longing in it, the sadness at the edge of each phrase..."The melody haunts my memory and I am once again with you, when our love was new..." that would have been around 1939 "and each kiss an inspiration..." headlights coming toward us flashed across her face keeping it first hidden then exposed "but, that was long ago and now my inspiration is in the stardust of a song."  I closed my eyes feeling my own loss. We lost everything - home, father, security - and after a year of taking refuge with cousins, we were living in a three room apartment,, sharing a bedroom with my little brother. Aunt Anna was waiting, babysitting as she often did, sleeping on the coach in the living room. When the song ended and a newscast began, Mommy flipped the radio off and we drove the rest of the way home in our separate silences, the car suddenly full of the sweet scent of Privet hedge in bloom." 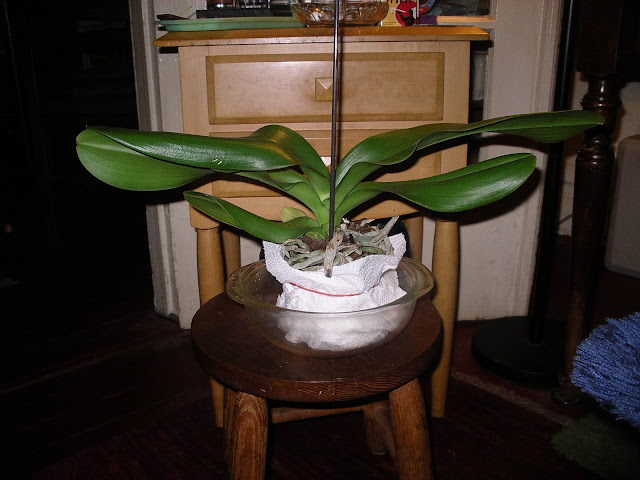 They were soaked and rotting. I'm giving it time to dry out. Next step, re-pot with proper medium.
~*~

At The Zendo
Wednesday
May 9th
"Real strength should come out of softness, a kind of tenderness."
Taizan Maezumi Roshi 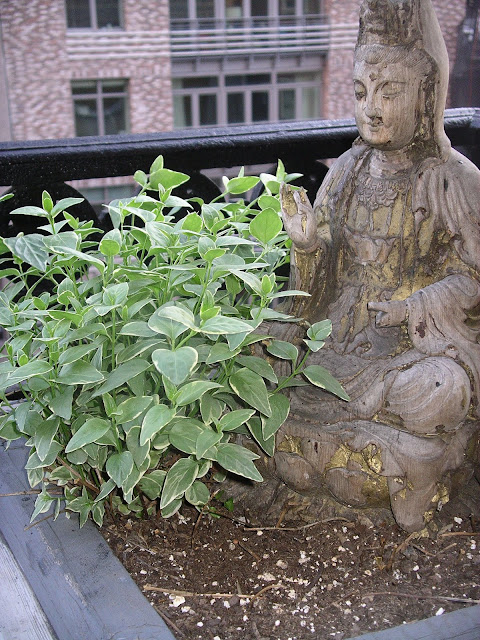 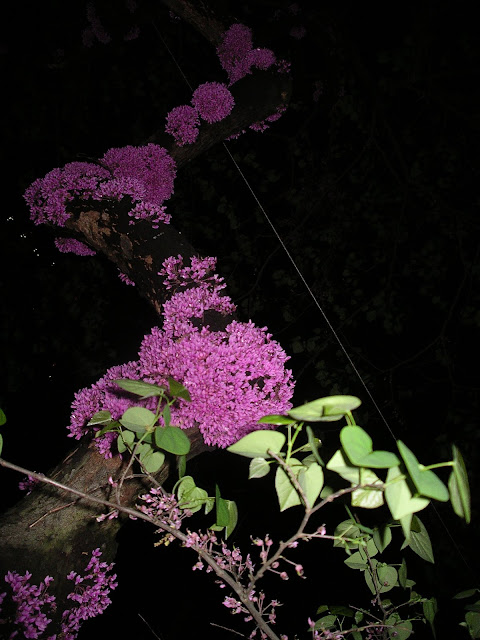 "Here I Am Lord"
Friday
May 11th
Epiphany Church 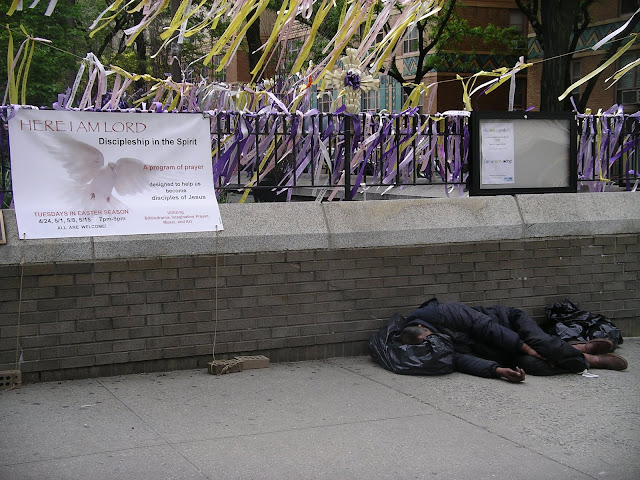 Above us, the same Sky 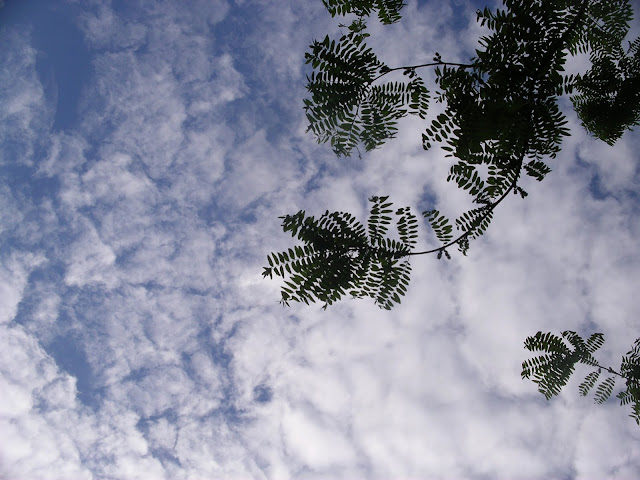 Link
"The First Cut is the Deepest"
http://mscomfortzone.blogspot.com/2018/04/the-moving-pen-spring-reading.html

Here I Am Lord breaks my heart.

I would have loved especially to hear your friend regarding the closing of the nursing home. And how wonderful for you to read your piece so close to Mother's day!